It's an early Sunday morning in Jodhpur, India where I'm shooting for a personal project. I set out to photograph the textile merchants in the Old City, but as I walked confidently through what I thought was the city gate, I find myself in a hospital courtyard with polio immunization administration in full swing. Clearly I have made a wrong turn.

But the pediatric nurse in me won't allow me to leave without checking out what's going on. I meet Ankita, a computer operator for the hospital, who has volunteered to spend her day off giving any child under 5 years of age the oral polio vaccine as part of the national "Pulse Polio Initiative" campaign. Ankita is most gracious and enthusiastic, and I end up thoroughly engrossed and unable to pull myself away, spending my morning documenting her as she immunizes the children. 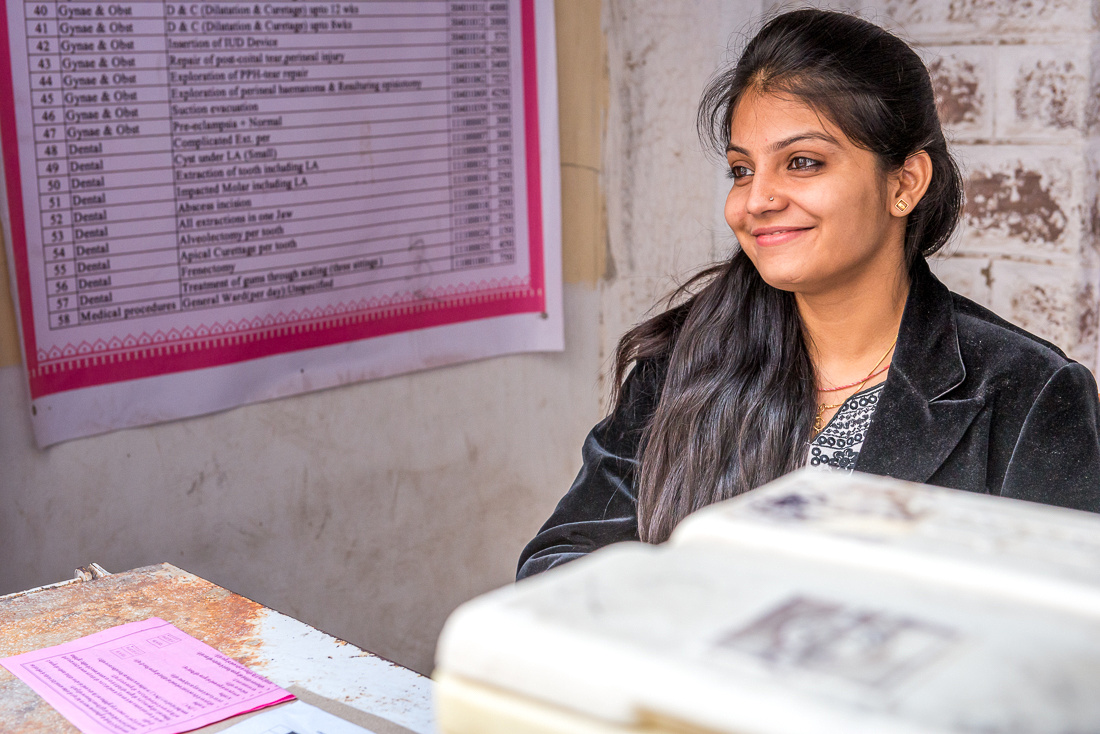 Ankita greets the families with a warm and welcoming smile.

The Pulse Polio Initiative is a government sponsored immunization campaign with the goal of ensuring complete elimination of polio in India. WHO declared India polio-free in 2014 as no cases had been reported for three years. However, India continues to sponsor two national immunization days a year to ensure that no child should miss immunization, thereby guaranteeing polio does not reoccur.

The children come accompanied by extended family members along with their parents. 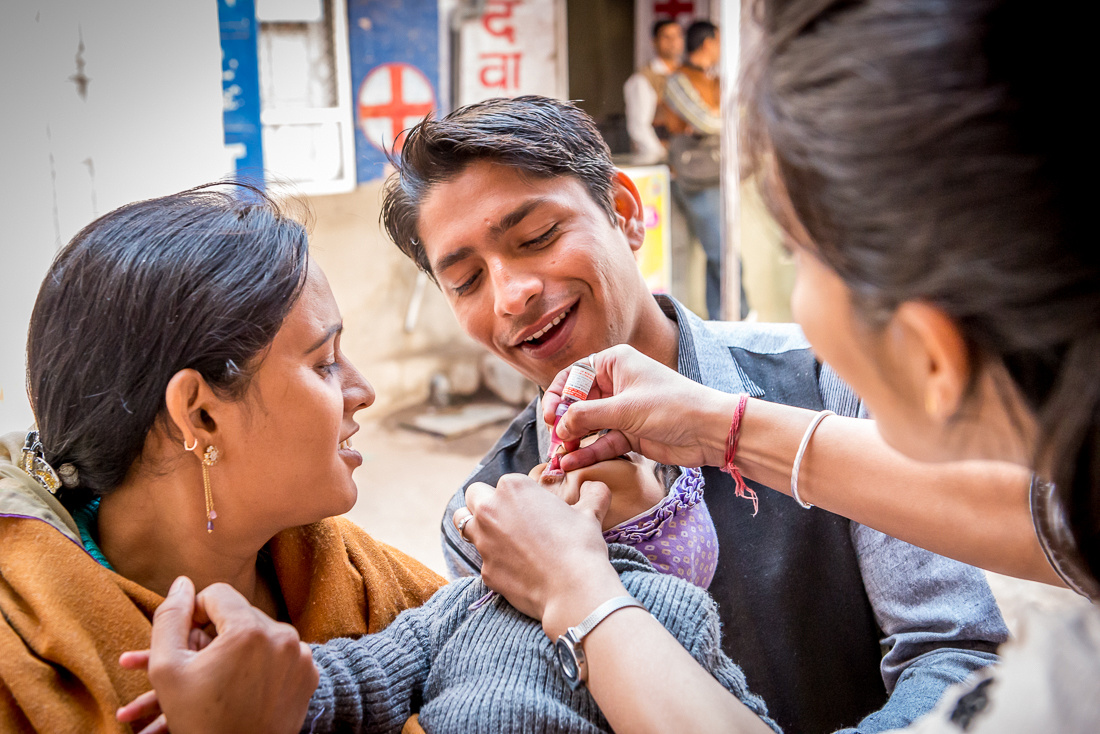 Excited new parents make it a point to stop by today. 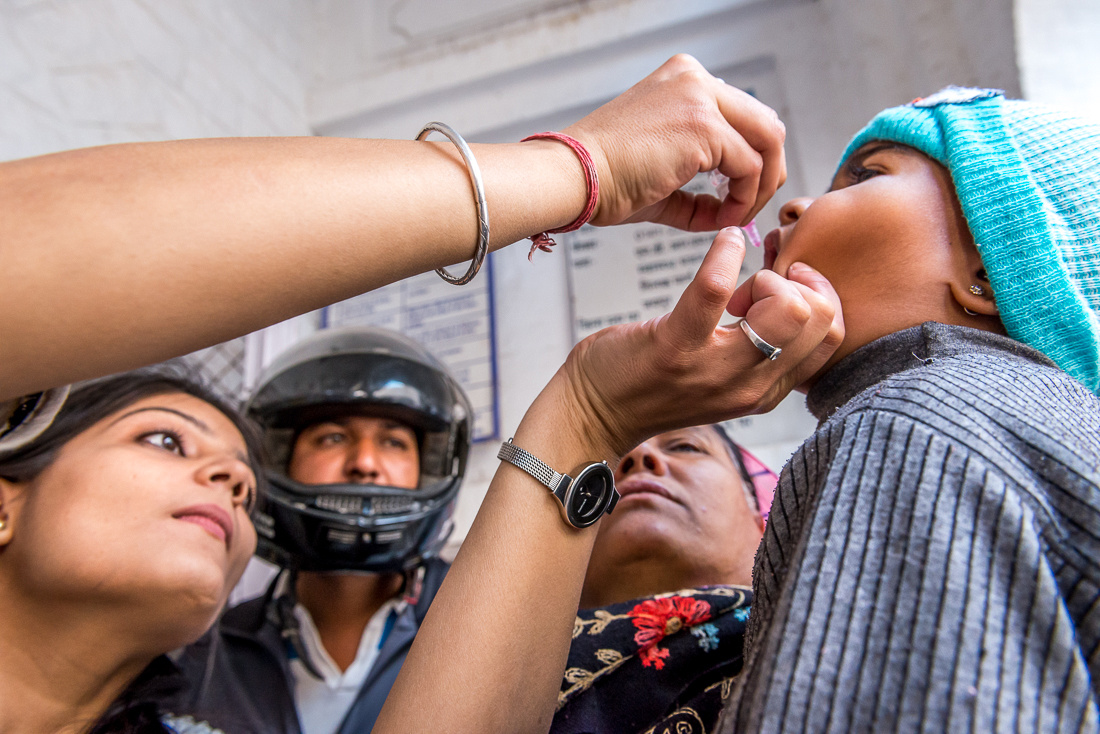 Other families are enroute to Sunday outings, but see the postings and stop to have their child immunized. 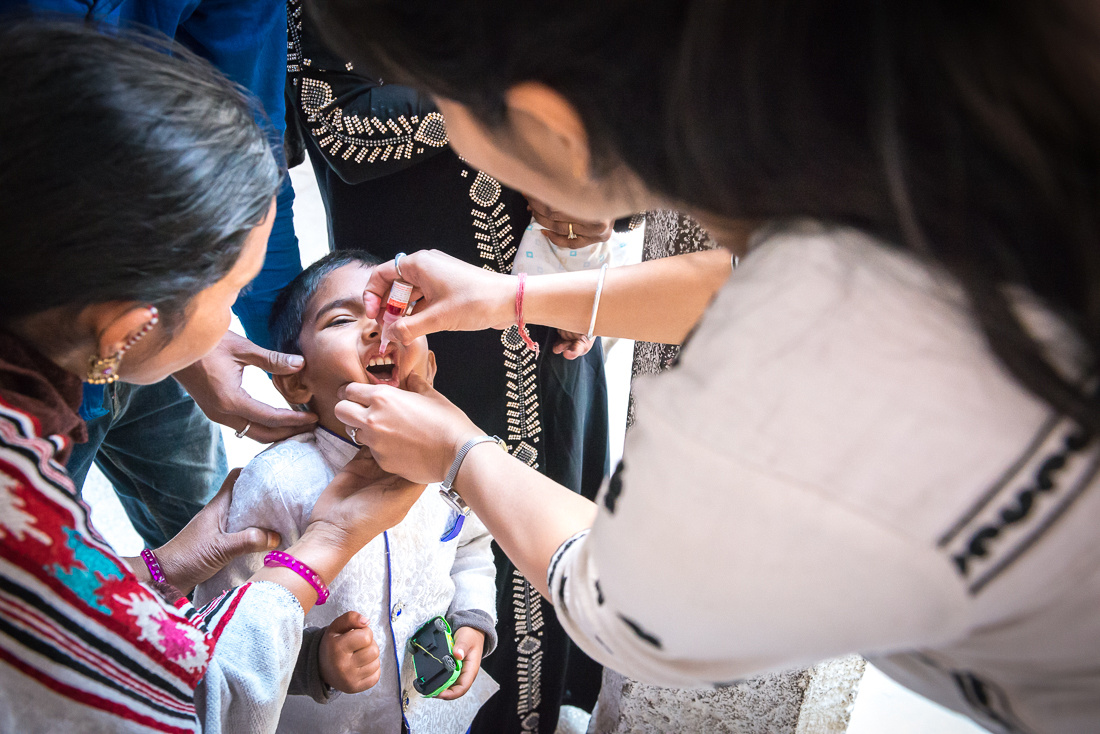 Some of the children, despite being a bit older, need some coaxing to open wide and swallow the drops. 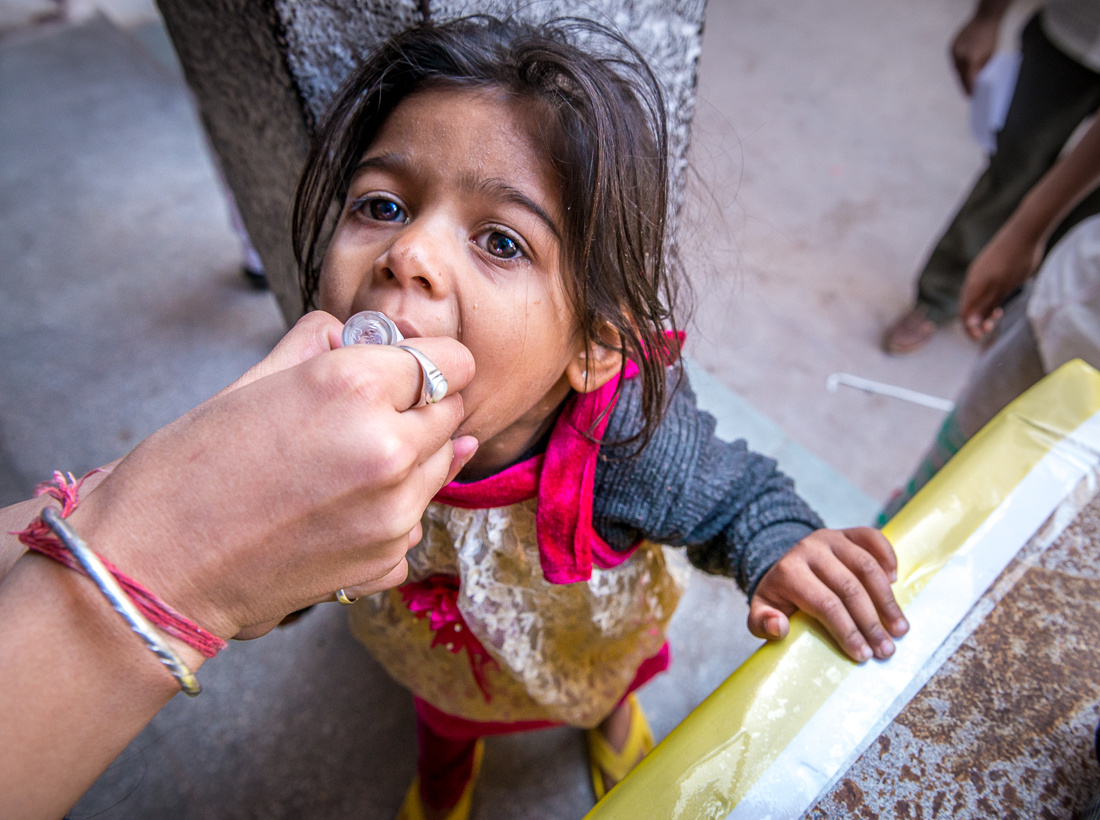 Others stand still and eagerly take the vaccine. 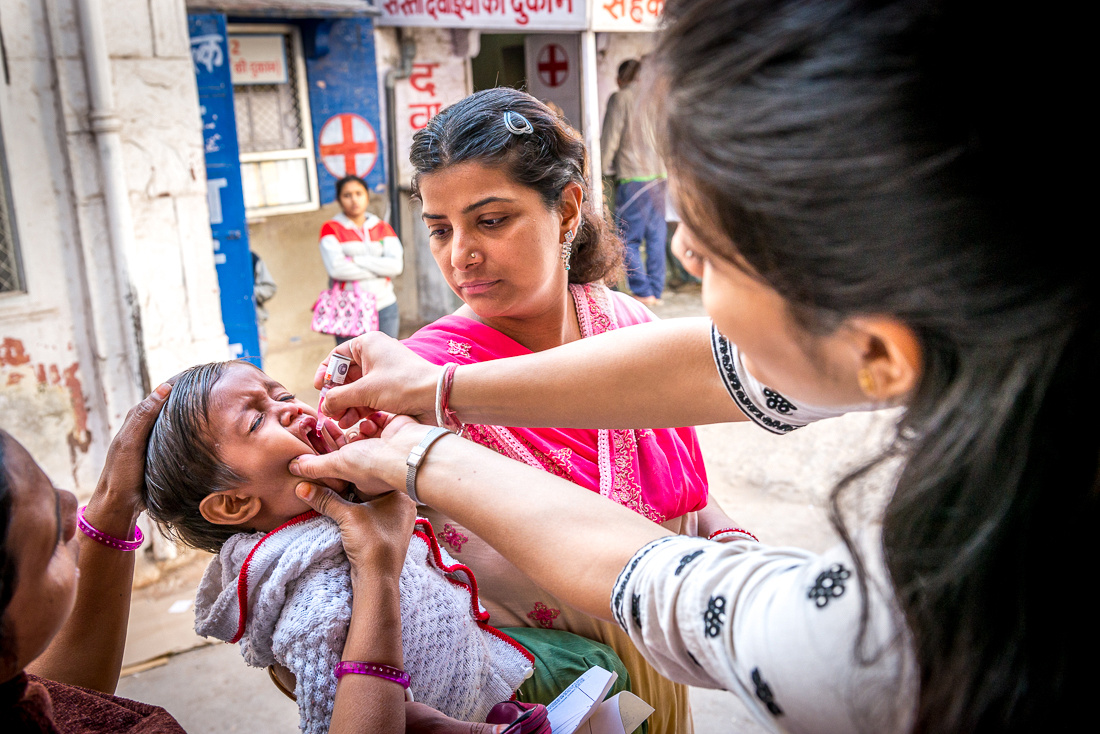 ...and a bit of luck they don't spit out the drops before Ankita can get them to swallow. 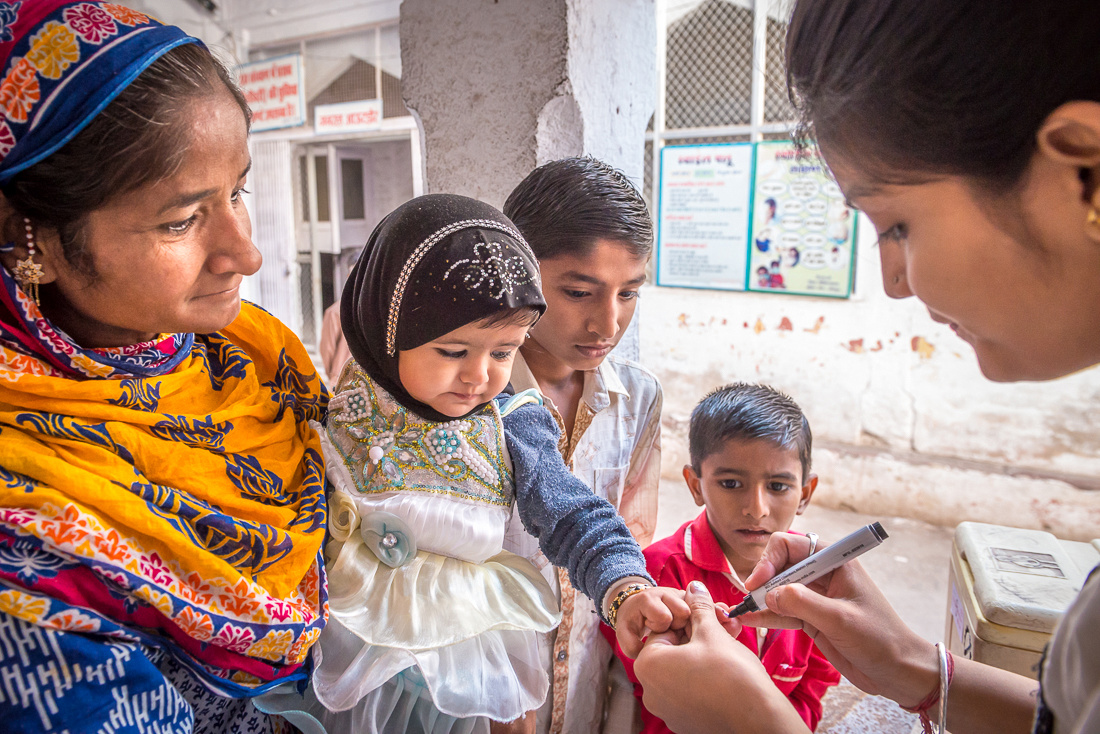 Once immunized, the child's fingernail is marked with a black marker, indicating she has received the vaccine.

While I heard there has been some confusion in the communities re the need for multiple doses of the vaccine, the families that came this morning were very eager and appreciative to have access to the free immunization. For me, it was such a pleasure to participate in a small way in a public health program abroad, and to be able to compare it to our pediatric programs and efforts in the US which I had been such a part of for so many years.